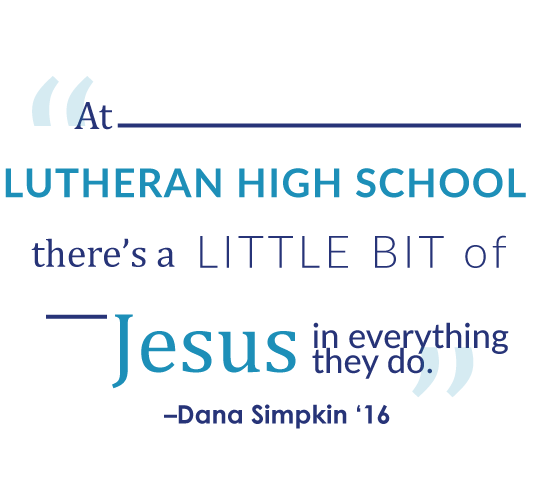 For over 35 years, Lutheran High School has provided quality college-prep education in a Christ-centered environment.  Almost 2,000 graduates are proud to be alumni of LHS and now serve their communities as business owners, healthcare professionals, church workers, educators, scientists, and community leaders.  Throughout its history, LHS has been blessed with supportive parents, churches, and individuals who have a passion for Christian education.